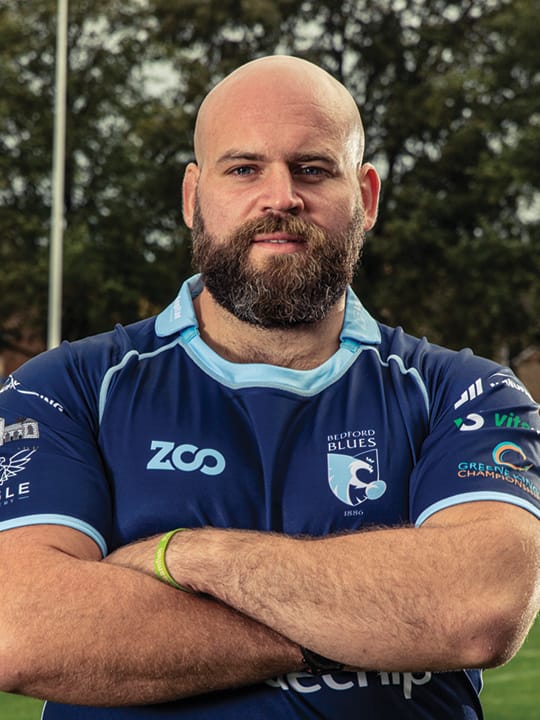 Penny proved to all just what an impressive talent he was during his first season with the Blues.

Arriving with a reputation for being an uncompromising tighthead prop who picked up England Under 16 honours, Penny proved to be a formidable force in the Blues front row making 27 appearances during the 2017/18 campaign.

Previously an important cog in the Henley Hawks pack, Penny moved to Ealing Trailfinders where he played 24 times and scored two tries in his debut season, helping the west London club secure promotion to the Championship. Penny remained an important part of the Trailfinders machine and brought a wealth of experience with him when he joined Bedford in the summer of 2017.