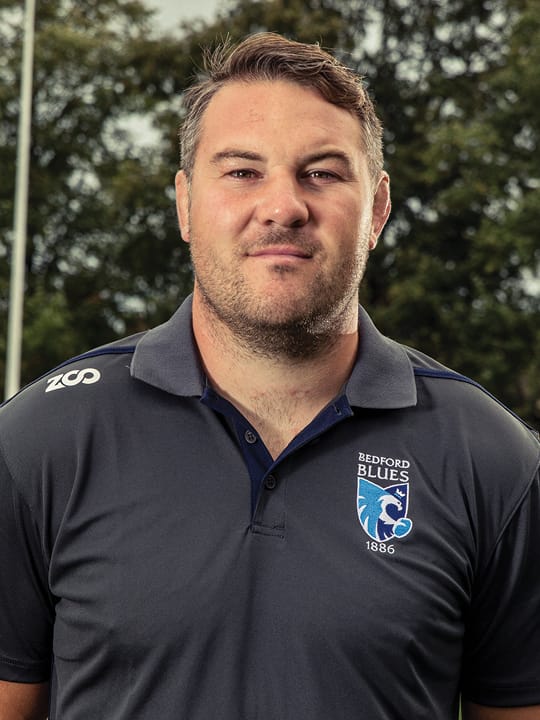 It's been a glorious return to Goldington Road for second row star Alex Rae who is thoroughly enjoying his second stint at Goldington Road since rejoining the club after leaving his role as Assistant Coach with Jersey Reds.

Rae, who originally joined Bedford in 2009 from Northampton Saints having come through the Worcester Warriors Academy, was a key component of the Blues' scrum before moving onto Wasps in 2013 and subsequently Jersey.

During his time with the Islanders, Rae skippered the team for three campaigns before taking up a role as assistant coach which also saw him nominated for the Channel Islands Sports Personality of the Year 2016.

A true leader both on and off the pitch, Rae heads into the 2018/19 Championship season with 143 Blues appearances and nine tries.