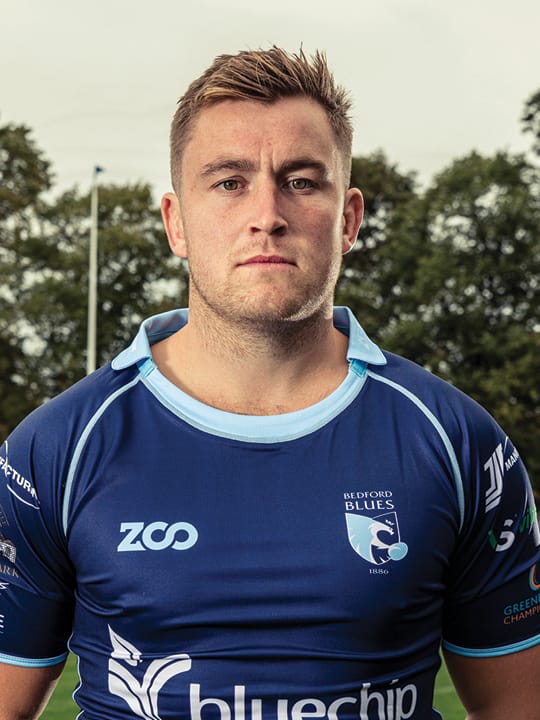 It's been somewhat of a meteoric rise for 24 year old Ed Taylor who moved to Goldington Road in the summer of 2016 having previously captained Loughborough Students.

Taylor has continued his rugby education at Goldington Road and became part of an impressive second row last season which saw him team up alongside Will Carrick Smith and Jordan Onojaife who was on loan from Northampton Saints.

Taylor, has represented England at Under 18 and 19 Levels as well as Wales Students and was also part of the Blues squad which took part in the 2015 Mobbs Memorial game at Goldington Road.

Ed also picked up Championship experience when he featured for Rotherham Titans while on a dual-registration deal when he was a member of the Worcester Warriors Academy.

Standing at 6ft 4ins tall and able to play in the second or back row, the powerhouse forward certainly adds plenty of beef to the Blues pack.