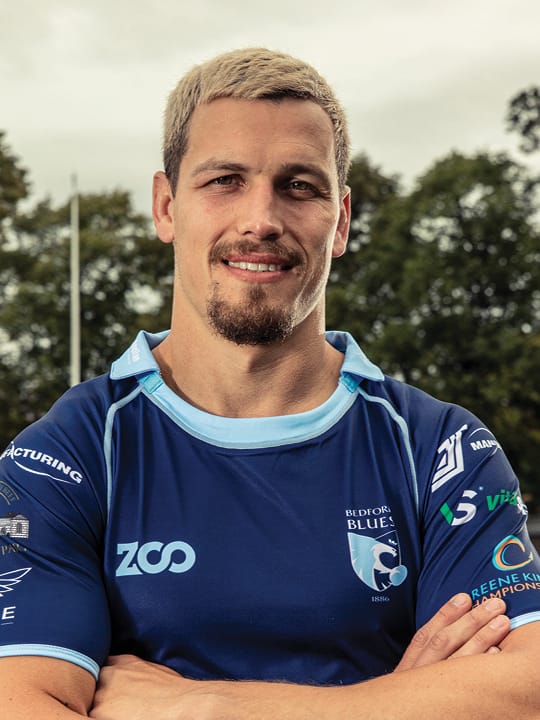 A highly experienced and well-travelled scrum half, Grayson Hart moved to Goldington Road at the start of the 2019/20 season, scoring his first try for Bedford Blues on 1st Feb 2020 in the dramatic late 27-25 victory over Jersey Reds.

Born in New Zealand but capped three times by Scotland through eligibility from his grandmother, Hart has played rugby in four different countries in a career where he's won several honours.

In 2007, he won the Air New Zealand Cup and the Ranfurly Shield with Auckland; while internationally, Hart helped New Zealand U20s to a junior World Championship alngside a London Sevens Cup with Scotland.

A quick and skilled box kicker, Hart had previous Championship experience before joining Bedford, spending a season at both Ealing Trailfinders and London Scottish ahead of linking up with Mike Rayer's side.