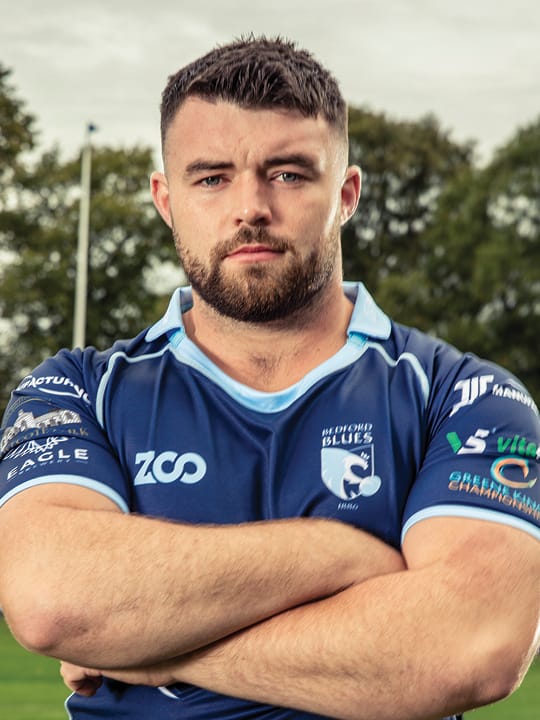 Bedford Blues added big back rower Huw Worthington to their ranks midway through the 2017/18 Championship season and so impressive were the former RGC 1404's number 8s appearances that he was re-signed for the coming campaign.

The 24 year old had been an integral part of the RGC team which was battling for the top spot in the Welsh Principality Premiership and had attracted attention from a number of Championship clubs, but it was Bedford that he chose and he quickly immersed himself into the Blues way of life making his debut in the British & Irish Cup clash with Munster A.

Worthington, who has featured for the Dragons in the Anglo-Welsh Cup against Northampton and Scarlets, is a powerhouse of a unit from Penybontfwar who combined playing rugby with a being a farmer before making the move to Goldington Road.