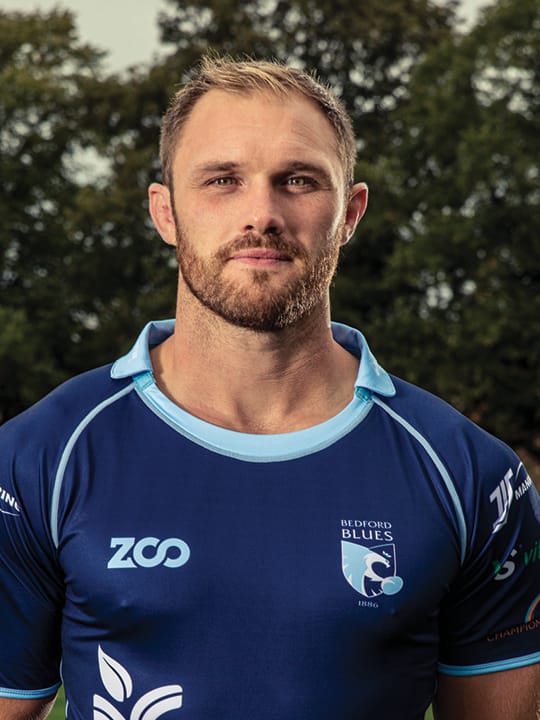 A formidable openside flanker with an eye for the try-line, Joe Atkinson has been almost an ever present for Bedford Blues since his arrival from Wasps ahead of the 2019/20 campaign.

A graduate of Loughborough Students, Atkinson caught the attention of Cornish Pirates, whom he spent three seasons with before heading to London Scottish and continuing to build his reputation as one of the Championship’s best back row forwards.

Scoring 11 tries from 50 appearances, including winning a Players’ Player of the Year Award at the Richmond Athletic Ground, Atkinson made the step up to Wasps last season and played a handful of games before switching to Goldington Road.

Atkinson has also been capped by England at age grade and student level.