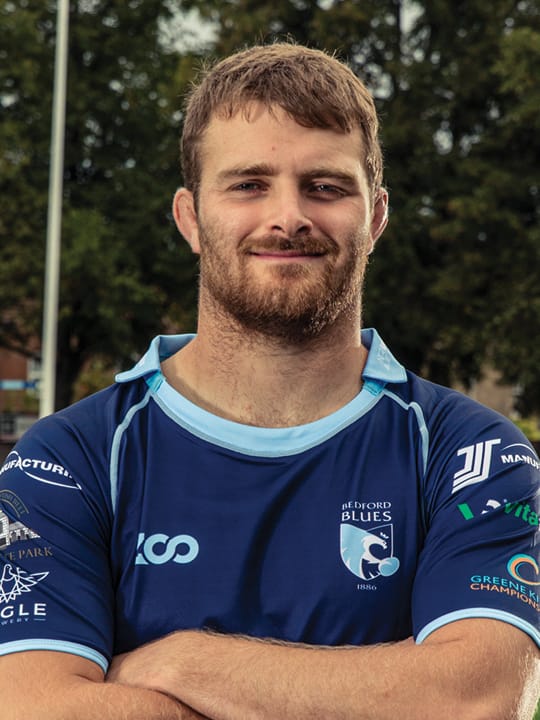 It's been a whirlwind Blues career for Josh Buggea who signed for Bedford at the beginning of the 2014/15 season from Premiership outfit Worcester Warriors.

The back rower quickly established himself in the Blues team with his drive and determination as well as a superb skill set being recognised and appreciated by his team mates who voted him the Player's Player of the Season for 2015/16.

Buggea was a student at Bablake School, which helped to produce 1974 British and Irish Lion Geoff Evans and, more recently, England fly Half Shane Geraghty, before moving on to Hartpury college.

During his time at Hartpury, Buggea played and won the AASE final against Oaklands college in 2011 before being called up to England under 18s in 2012.