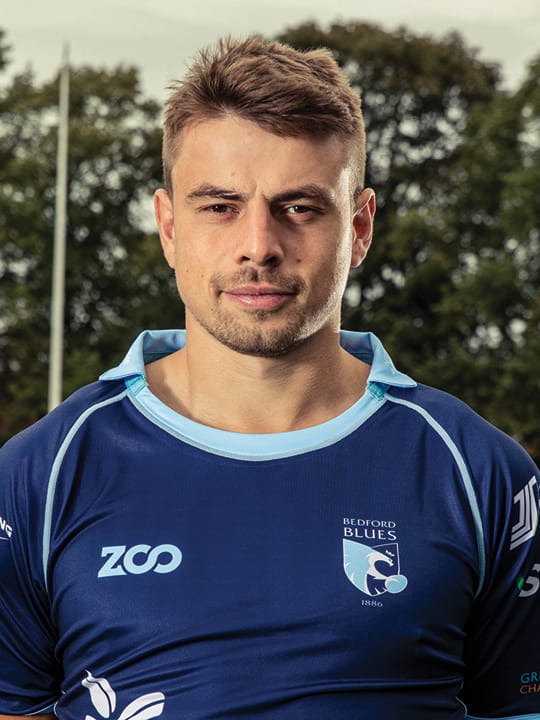 Following a successful trial, Bedford Blues added plenty of punch to their squad with the signing of centre Oskar Hirskyj-Douglas in August 2019.

The 24 year old arrived at Goldington Road with a wealth of experience and a true desire to make an impact in the Greene King IPA Championship.

Hirskyj-Douglas grew up in Cheshire and attended Wilmslow High School where he won the U15s Daily Mail Cup in 2010. Despite being on the books at Sale Sharks and with Leicester Tigers keeping tabs, the then back rower signed for Wasps and enrolled at Henley College where he reached the AASE League final in 2012.

A dual-registration with Chinnor followed before he furthered his rugby career at Henley Hawks as well as featuring in the Sevens format of the game after being named in Simon Amor’s England set-up. Oskar also appeared in the 2015 Mobbs Memorial Game, starting at blindside flanker for the Blues in the 47-24 win over the British Army. A return to education and the XV man version of the game followed with Hirskyj-Douglas heading to Loughborough and playing for the Students in National One.