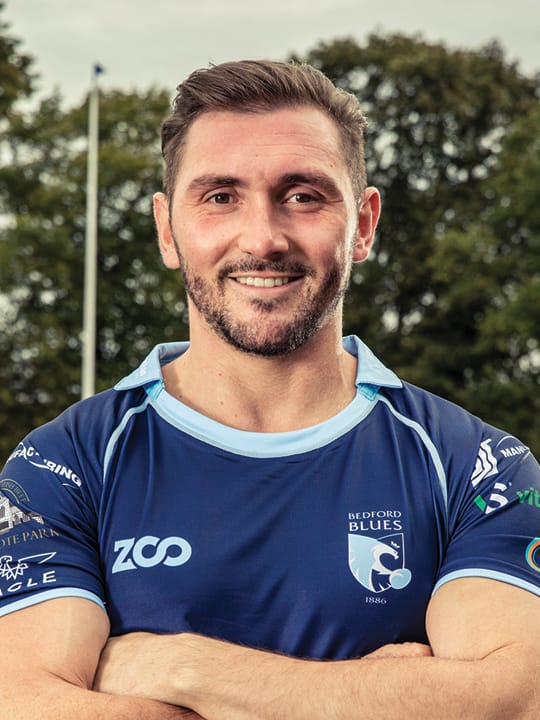 If there are two words to sum up Rich Lane's first season at Goldington Road then they are "on fire" as he ran in 13 tries in 26 games and picked up the Followers Try of the Season Award.

It was certainly something of a homecoming for 26-year-old Lane who was born in Bedford and grew up playing for the junior Blues before going to Millfield School where he captained the under 16s Sevens team that won the Rosslyn Park National Schools title and the All England Sevens.

Lane - who can play in the centre, on the wing or at fullback - was previously a member of Northampton's Academy before signing for Bath where he made his debut against Exeter Chiefs in the 2011/12 LV=Cup before going on to make nine first team appearances scoring a memorable hat-trick in the Amlin Cup against Mogliano.

Before joining Jersey in 2015, Lane spent time in Australia with Sydney University Football Club and was also dual-registered with Cornish Pirates.