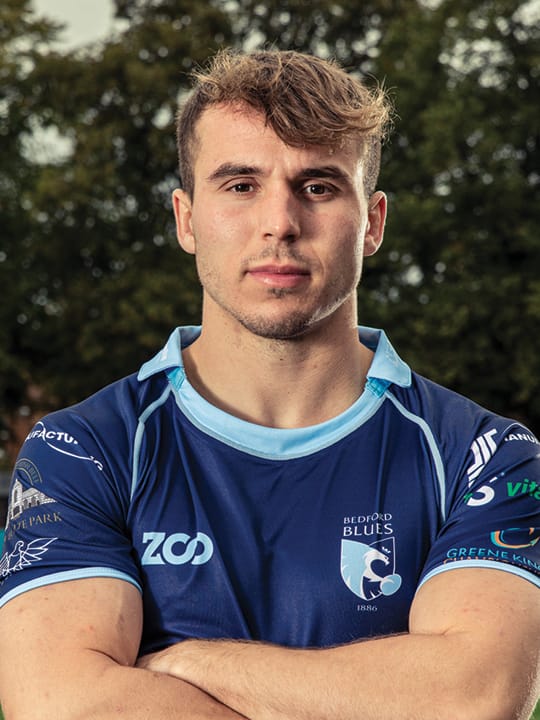 Hutler, 21, is another success story of the Blues Academy having signed his first contract with the club in the summer of 2017.

After bursting onto the scene with an impressive hat-trick in the 2017 Mobbs Memorial game, Hutler continued his development with Bishop’s Stortford in National 2 (South) helping them to promotion to National One. Hutler then featured in the three pre-season friendlies against Plymouth, Saracens and Blackheath as well as making further six first team appearances for the Blues.

Born in Hertfordshire, Hutler went to the same school as Ali Price, Wisbech Grammar and played junior rugby for West Norfolk, Eastern Counties and Midlands U18s. He is a keen cricketer; an athlete, holding his school record for the 100m and 200m; and footballer, having played for Cambridge United Academy.