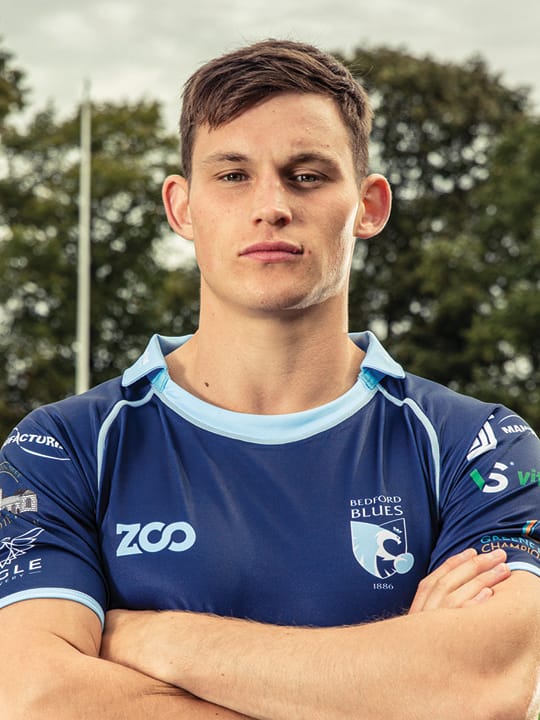 Promising young fly-half Sam Leeming moved to the Blues in preparation for the 2019/20 campaign having previously excelled at Championship level with Hartpury RFC.

Leeming – who can also play centre – has a wealth of experience in the game having started out as captain of the Barnard Castle School 1sts side, where his performances gained him recognition with North of England U18s in 2016 alongside a place in the Newcastle Falcons academy.

From there, Leeming decided to move onto Hartpury University where he could twin his rugby alongside a BSc Sports Performance degree. While conducting his studies, Leeming helped win a BUCS University League and Cup double in 2017 then another title in 2018, both times secured in tight finals at Twickenham.

Outside of university, Leeming played an integral part in Hartpury RFC securing promotion to the Championship by winning the National One title in 2016/17, before spending two seasons in the second tier ahead of joining Bedford.

To help his transition into adult rugby, Leeming also spent three months in Sydney during 2018, representing Gordon RFC in the Shute Shield. He also has England Student honours, featuring twice against a French Universities side.