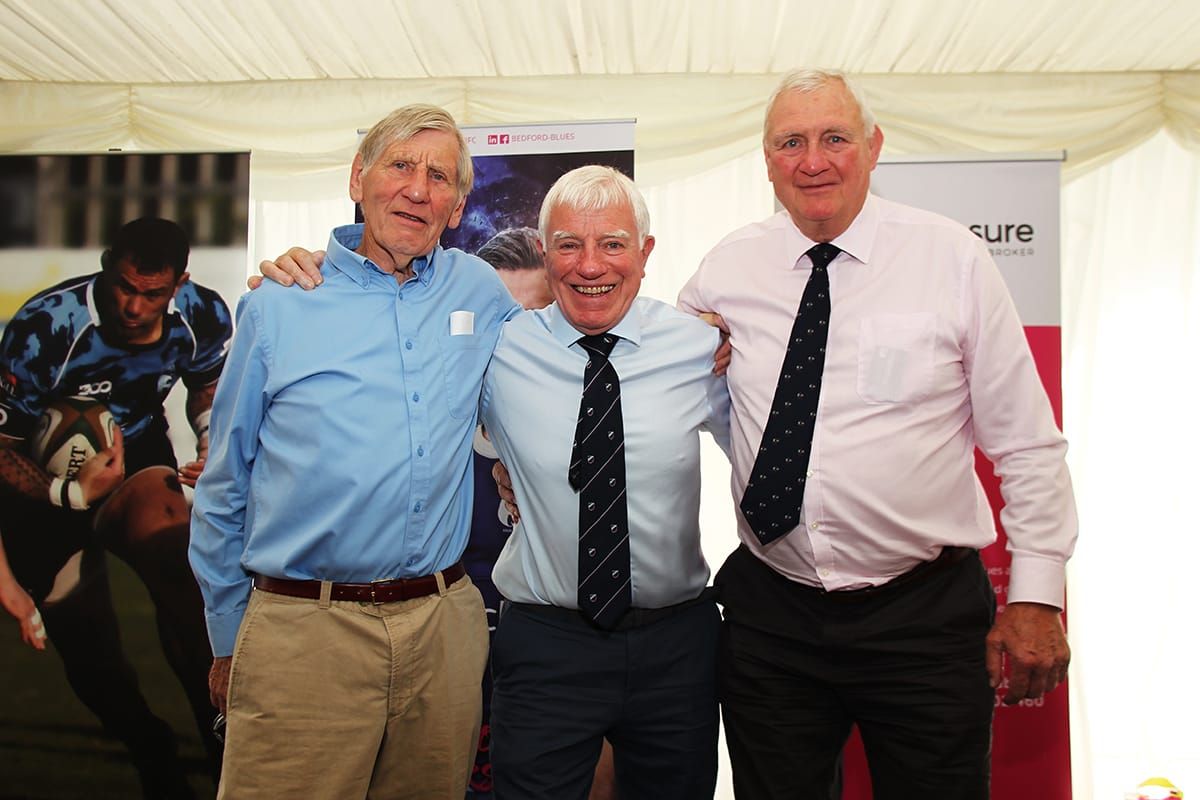 We were privileged to have three British Lions present. Two were Bedford's own-Budge Rogers (England) and Billy Steele (Scotland) who were joined by Peter Larter (Northampton Saints and England).

Billy and Peter both served in the R.A.F. and there was a presentation to Billy of his rugby memorabilia from R.A.F. Henlow. The presentation was made by Rick McConnell on behalf of the former R.A.F. station. Billy, who had travelled with his wife Tricia from their home in Scotland, responded by sharing memories of his playing career in Bedford, for Scotland and for the Lions.

Thanks go to the F.P.A.'s Secretary John Cooley for organising this special event to take place at the Autumn Lunch.