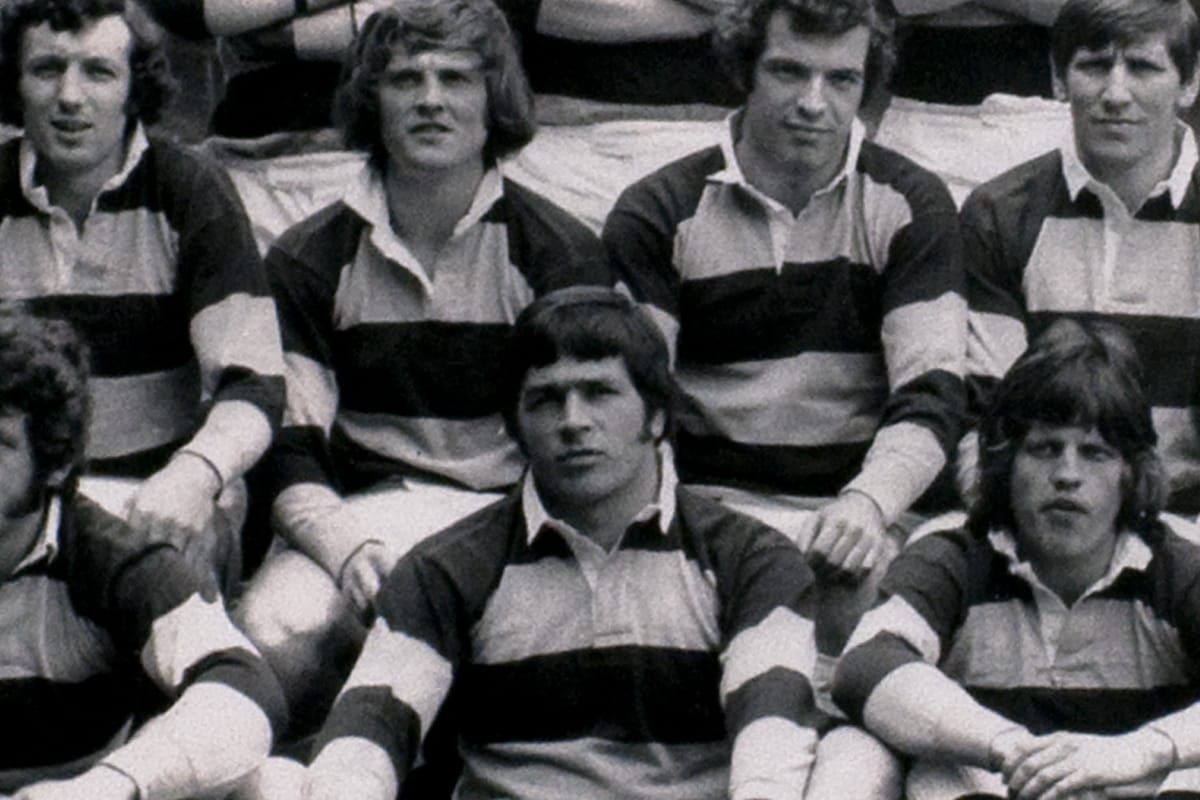 
We were very sorry to learn that former player Alistair Johnson sadly passed away at his home in Bamburgh, Northumberland on Tuesday 19 November.

Alistair (pictured front centre) played at Goldington Road in the 70s and was in the Cup winning squad at Twickenham in 1975. He was also in the club's first major tour party to Canada the same year.

Alistair has joined his team mates at several Former Players' Reunions in recent years and had planned to attend the Spring Lunch in April.

Our thoughts are with Alistair's wife Nikki and all the family at this sad time.

Funeral arrangements are as follows:
Private burial followed by the wake at the Castle Inn, Bamburgh, Northumberland on Friday, 29th November at 1pm.