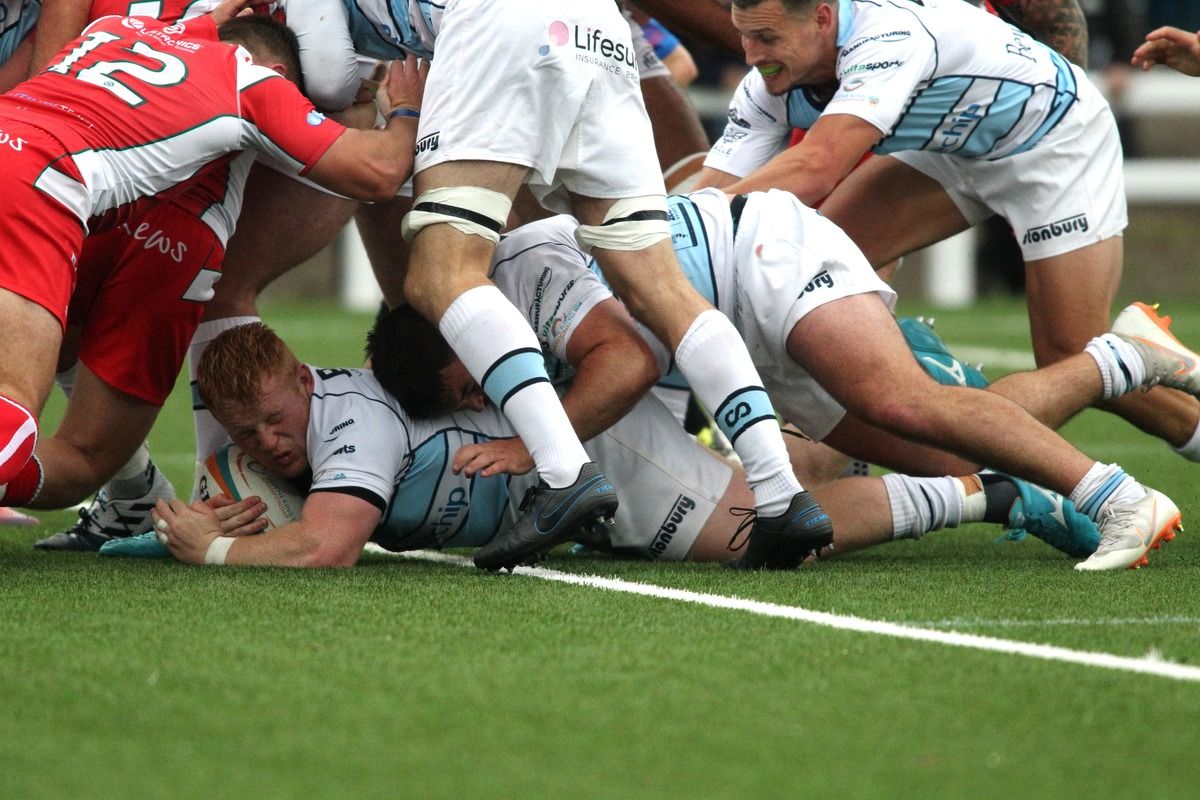 
Bedford Blues tasted defeat for the second time in the Championship Cup this season as they left Butts Park Arena empty handed after Coventry sealed a 26-17 win.

Despite a less than ideal first half which saw them trailing 9-3 at the break, the Blues fought back well twice taking the lead but ill discipline cost them as penalties racked up and the hosts took full advantage.

There was little to separate the two teams in the opening exchanges until the Blues conceded a penalty right beside the posts which Rory Jennings dispatched with ease to give the home side the leave in the seventh minute.

The hosts were forced into an early change when Andy Bulumakau had to be replaced with Heath Stevens and it was his break that resulted in another penalty to Coventry which Jennings sent over the uprights once again the double the lead five minutes later.

Bedford started to turn the tide on early Coventry pressure and Ed Couldson was on hand to get the scoreboard rolling with a well struck penalty to make it 6-3 in the 17th minute but the hard work was undone moments later when Jennings was offered another three points as the Blues infringed in their own 22.

The Blues had an opportunity to reduce the deficit in the 23rd minute, but Coulson’s nudge was just off target and Coventry were off the hook. That said the host continued to enjoy the majority of territory and possession but the Blues defence wasn’t to be breached again in the half.

Despite being on the backfoot for most of the first 40, the Blues got off to the best possible start as they scored the opening try of the game four minutes after the break and it was Dan Temm who crossed the whitewash with Coulson thumping the conversion over to make it 9-10.

Jennings looked to restore the lead moments later but his drop goal attempt failed to find its target, but he was soon on hand to convert a try after Bedford conceded a couple of quick penalties which were sent to the corner. The driving maul from the lineout did its job with hooker Darren Dawidiuk breaking away to score and Jennings converted to make it 16-10.

Back came the Blues though and they got their noses ahead once again as Robbie Smith was in the right place to make his way over the line and Coulson split the uprights with the conversion.

The lead didn’t last long though as Heath Stevens is given too much room to go on a fine break before the ball came to Senitiki Nayalo who scored and Will Maisey converted to make it 23-17.

Maisey had the opportunity to extend Coventry’s lead with eight minutes left on the clock but his penalty attempt went wide of the sticks but he made no mistake when another opportunity was handed to him just a couple of minutes later.

The Blues looked for another score before the game came to an end but further ill discipline gave Maisey another shot at the posts and although his effort went wide, it had run down the clock enough for the whistle to be blown for a final time.

See all the tries from the game HERE.