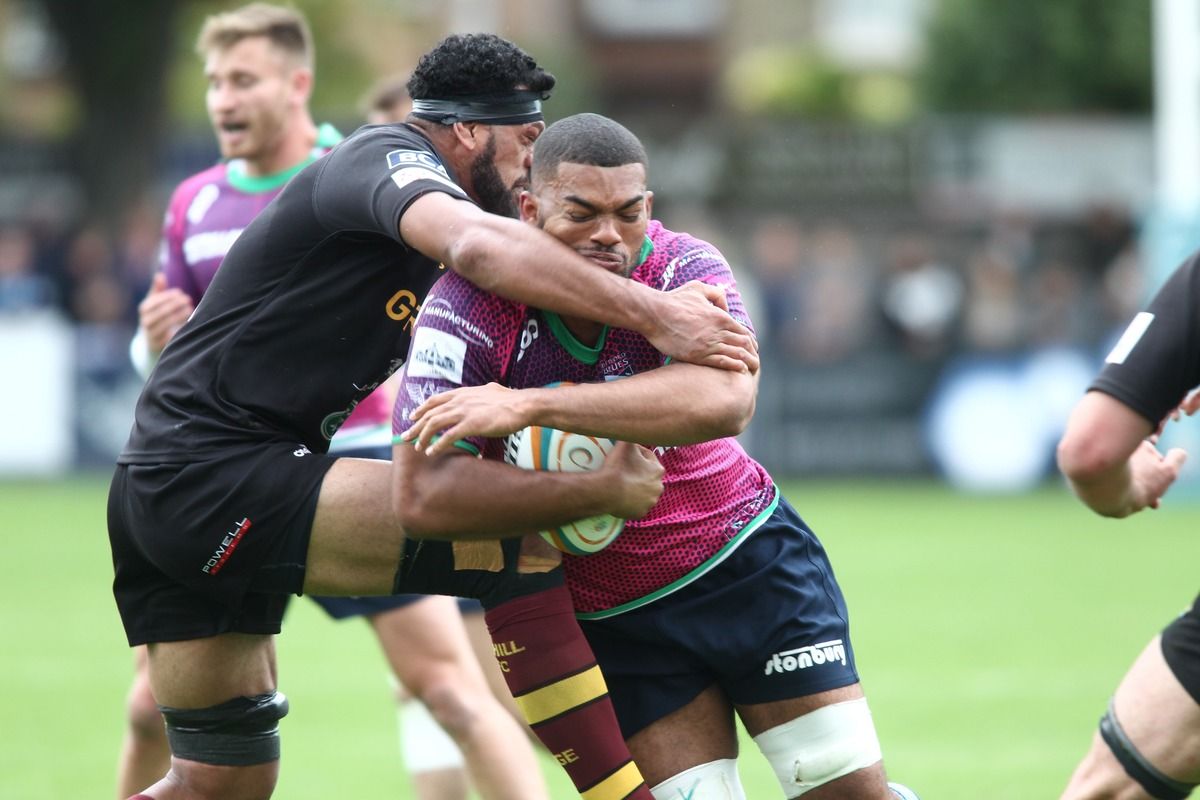 
The last time Bedford faced Ampthill was on Boxing Day 2018 when the visitors picked up a 28-31 win and they delivered another knockout blow as they ran in four tries to seal yet another Goldington Road victory.

In front of 3,287 fans, the Blues - who had turned pink for the afternoon as part of the annual Ladies Day celebration - had little response as Mark Lavery’s men scuppered Bedford’s chances of progressing from the pool stages of the Championship Cup.

“There’s not much you can say after a performance like that,” said Blues Forwards Coach Alex Rae after the final whistle. “We may only be three games into the season but we’re massively disappointed with that. Credit to Ampthill, they came here and over the 80 minutes they out-passioned us on our own pitch and that really hurts me.

“The breakdown cost us. They slowed it down with wily heads like Dave Ward and a couple of others but it was nothing that we didn’t know was coming. We should have dealt with that better.

“On the day we just weren’t there. We all need to go away and have a look at ourselves then come back, work hard and look ahead to Yorkshire Carnegie next weekend.”

It was a very tense first 40 with both teams looking to assert themselves early on with that accolade going to the visitors who enjoyed a huge amount of possession as they worked their way up the slope with a little help from four penalties in the first seven minutes.

Bedford’s defence was being given a stern test it thankfully Jordan Onojaife was on hand to disrupt multiple lineout attempts from the visitors. But there was little he could do in the 11th minute when an Ampthill maul got things started before the ball went out to winger Kwaku Aseidu who dotted down in the corner.

Ampthill continued to put the pressure on the Blues and they were almost over again in the 15th minute but a Blues man managed to get himself under the ball to prevent the try.

The visitors were reduced to 14 men a minute later when fullback Karim Lynch took Rich Lane out in the air as he looked to retrieve a high kick and momentum swung Bedford’s way. The Blues pushed their way into the Ampthill 22 but were constantly frustrated as the visitors ripped the ball and cleared.

Bedford’s persistence finally paid off though and they scored a good try thanks to a fine break from Lane. A lineout was collected safely before the ball came to the fullback who darted clear of the defence and sent a quick ball out to Dan Temm who dived over to score but Ed Coulson’s conversion struck the upright.

Back came Ampthill who had a lineout deep in the Blues 22 but as they set up the maul, Sean McCarthy worked his way through the middle to steal the ball which allowed Bedford to clear before Onojaife stole two more lineouts. Bedford pressed and went through ten phases only to cough up another penalty allowing Ampthill to clear.

The visitors finished the half with a near try as Sam Baker broke but was left with no support and no one to offload to five metres from the line but a penalty advantage was there and Louis Grimoldby converted before missing a second on the stroke of half time.

It was back and forth after the restart with Ampthill having the upperhand only for Bedford to come back guns blazing. Josh Buggea, Will Carrick Smith and Henry Paul all carried well, but the Ampthill defence wasn’t to be breached. Grayson Hart looked to exploit space with a quick tap penalty with Ryan Hutler making his way to the corner but Temm just couldn’t gather the pass inside and danger was averted.

The tide swung back in the Ampthill’s favour and they made Bedford pay as they spotted room on the left wing which resulted in Serafin Bordoli sending a delightful chip out to Baker who passed inside to Jarryd Sage for the score which Grimoldby converted to make it 5-15.

Bedford couldn’t catch a break and when an infringement at the lineout resulted only in a freekick, the Blues went quick before knocking on. Ampthill went through the phases with Aseidu crossing the corner once again to extend the lead.

There was a moment of hope for the Blues in the 71st minute when Huw Worthington crossed from close range following patient build up play and Coulson converted, but Ampthill put the icing on the cake with a fine Lynch score as time ticked away leaving the home fans with little to smile about.