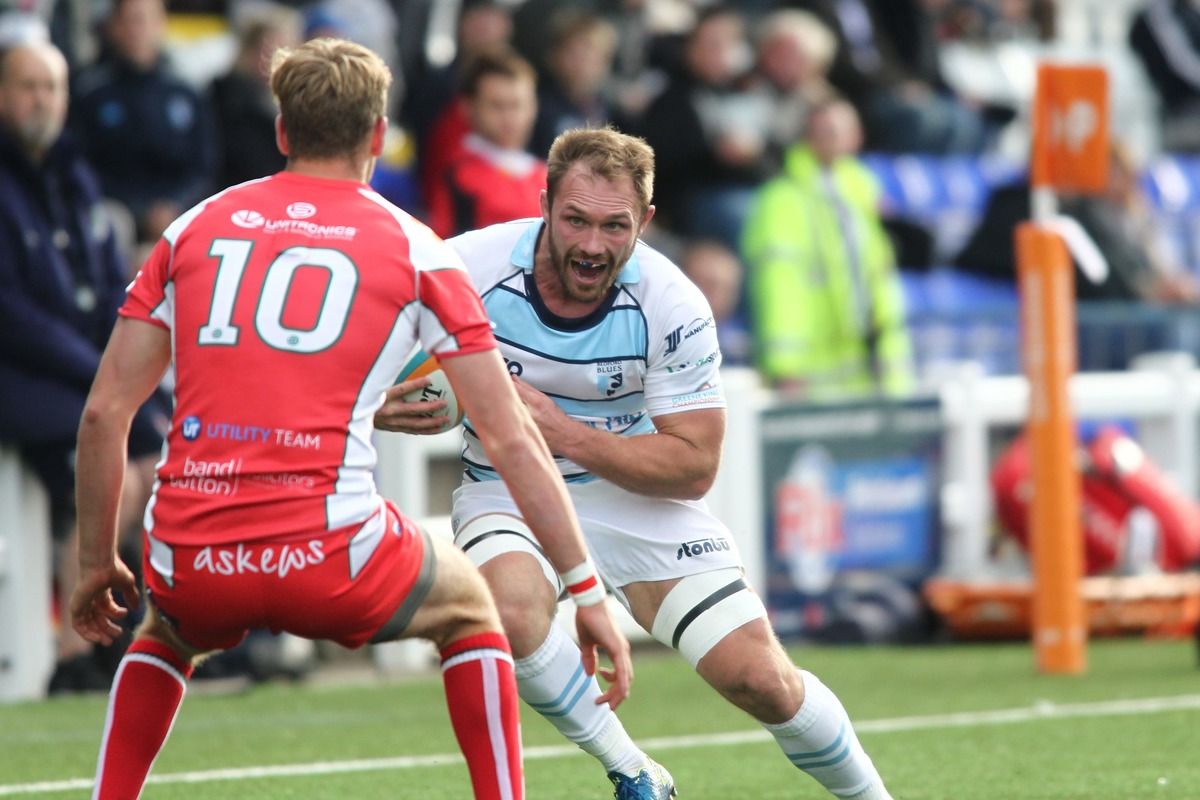 
Bedford Blues suffered stoppage time heartache against Coventry on Saturday afternoon as Tom Kessell’s late try condemned the Blues to defeat as they looked to see out the game with 13 men on the pitch.

A Ryan Hutler try and two for Matt Worley had seen the Blues leading 12-19 at the interval and despite conceding just a couple of minutes after the break, a draw looked on the cards as the clock struck 80 minutes but two yellow cards meant Bedford were on the back foot and they could do little as Coventry’s scrum half darted over to seal the win for the home side.

Bedford got off to the worst possible start and found themselves 7-0 down within three minutes as winger Max Trimble crossed to round off a good move for the hosts which saw lineout ball secured before Will Maisey got the backs moving and James Stokes drew in the final man. Rory Jennings added the extras and all looked good for Cov.

However, three minutes later the tide turned in the Blues favour as former prop Phil Boulton was shown a yellow card and the visitors took full advantage. Bedford made the extra man count as Ryan Hutler was played in for the score but the extras went missing.

The home side dug in well with the reduction in numbers, but the Blues made the most of their advantage as they took the lead in the 15th minute with a well worked effort which saw Matt Worley cross the whitewash and Lewis Robling made no mistake with the extras to make it 7-12.

With Coventry back to a full compliment they levelled the scores in the 24th minute when Trimble crossed for his second. Will Maisey and James Voss linked well before the winger crossed for an unconverted score.

Back came the Blues though and with seven minutes left before the break, Worley was shown space again and the centre finished superbly for his second of the afternoon and Robling chipped over the conversion to make it 12-19.

Unfortunately, Worley had to be replaced by Oskar Hirskyj-Douglas following his score and the Blues held firm to stay ahead as the half-time whistle blew.

The Blues lead didn’t last long after the break though as Will Maisey sliced through the smallest of gaps to score under the posts two minutes into the half with Jennings converting easily to make it 19 all.

Bedford made changes with Dan Temm and Devante Onojaife coming on for Will Carrick Smith and Huw Worthington respectively, and both men were straight into the action as the intensity of the game increased.

Robling had the chance to put the Blues ahead with a 66th minute penalty but his effort pulled agonisingly wide of the uprights. Thankfully, Maisey’s penalty effort three minutes later was also off target setting up a grandstand finish in the final ten minutes of the game.

Maisey missed another penalty attempt in the 77th minute leaving the game on a knife edge which became even tougher for Bedford when Dan Temm was carded in the 79th minute followed by Karl Garside seeing yellow four minutes into stoppage time and Coventry made them pay as Tom Kessell saw a gap at the breakdown, darted through and broke Bedford Blues hearts as Maisey converted to wrap it up 26-19.