England Women - the story so far this autumn 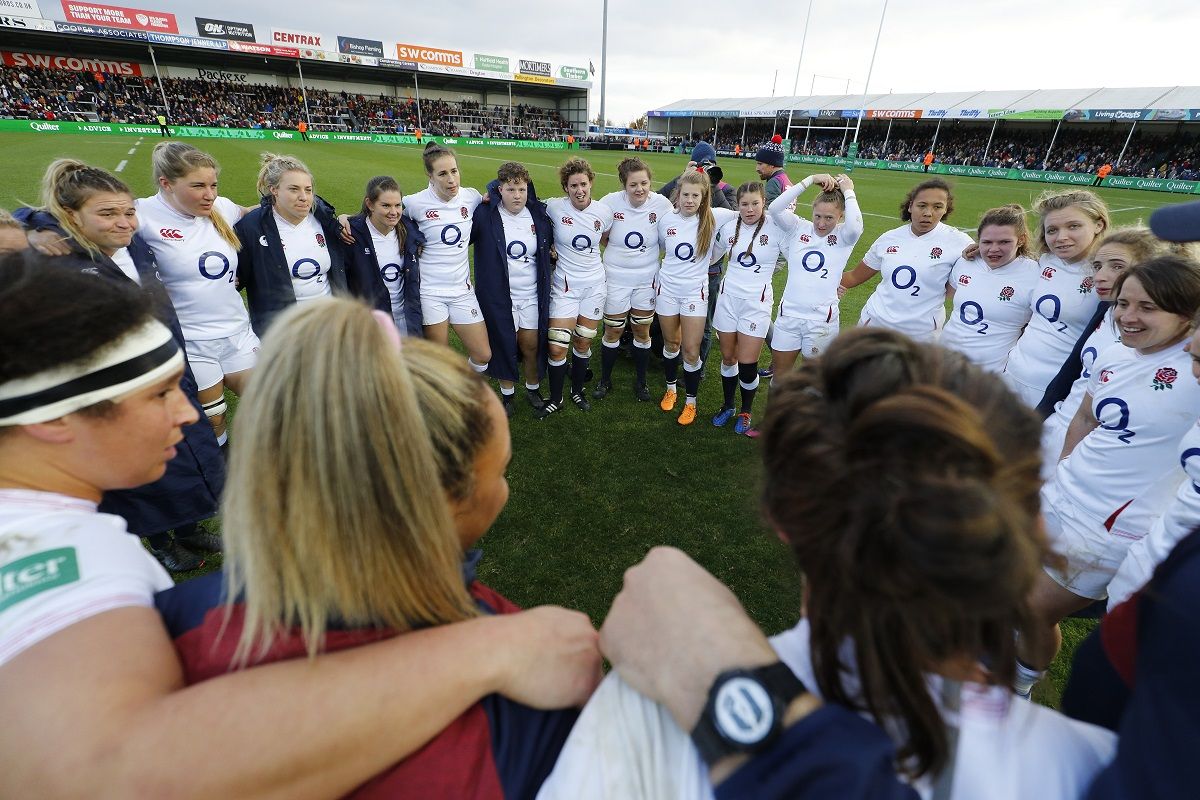 We look back on their two entertaining contests to date as they look to sign off 2019 in style this Saturday in the latest instalment at Goldington Road, the home of Bedford Blues.

Buy online discounted now before the sell-out, by clicking here.

The Red Roses began their autumn series with a 20-10 win against France in Clermont-Ferrand.

Playing their first game since coming second in the Women’s Super Series in San Diego in the summer, England won in France for the first time since 2012 in front of the passionate home support of Clermont Auvergne’s Sports Marcel Michelin.

In bright sunshine in central France, after a frantic opening 10 minutes the hosts were ahead through the boot of Jessy Tremouliere when she rewarded their opening dominance of territory.

After a succession of driving mauls near the French line, it was the Red Roses who got the first try of the game when captain Sarah Hunter crashed over from a powerful forward effort.

England’s momentum continued from that opening try and a succession of pick and gos around the fringes by the forwards saw Hunter go over with help from Sarah Beckett to establish a 17-3 half-time lead.

After the break saw both teams on top when it came to defence, but Marlie Packer’s yellow card saw France get their first try as a break down the blindside was finished by Camille Boudaud.

England were 20-10 ahead with eight minutes to go when Scarratt knocked over her second penalty and the impressive display was closed out for a memorable win.

The Red Roses beat France 17-15 in their Quilter International against France Women at Sandy Park in Exeter.

In bright autumnal sunshine in front of 9,699 in Devon, England recorded their fourth win in a row against Les Bleus off the back of a 20-10 win in Clermont-Ferrand last weekend, the Red Roses’ first win in France since 2012.

After a scoreless opening 20 minutes, where England came closest to scoring but an excellent defensive tackle prevented Emily Scarratt from crossing, it was Jessy Tremouliere’s penalty that gave the visitors lead.

France then got the opening try of the game when scrum half Laure Sansus kicked over the top inside the 22, and beat covering defence to the bounce to hack forward her own kick and then gather to cross.

After missing her first attempt from the tee, Scarratt got England on the board through a simple penalty in front of the posts, and after England worked through a number of phases to earn a second penalty, she knocked that over for a 6-8 half-time deficit as well as reaching 500 points in Test rugby.

The first points after the break went England’s way with another Scarratt penalty and some territory inside the France 22 was rewarded with more points, again from Scarratt’s boot for a 12-8 lead.

The French crossed for a second time on 65 minutes to retake the lead when from a five-metre scrum Sansus darted down the blindside to work a two-on-one and fed Caroline Boujard for an easy score, with Tremouliere adding the conversion.

England played the closing stages of the game a player down after Zoe Aldcroft was sent to the sin bin for her clearout but Romane Menager was also shown a yellow card minutes later for being offisde.

A poor clearance kick allowed the Red Roses to secure a dramatic last minute try when the ball was worked to the right wing and Scarratt fed Lydia Thompson and the winger sprinted in and dived over for the victory.

Quotes from England Women’s Head coach Simon Middleton ahead of this Saturday's match:

“Italy are probably the upcoming European nation at the moment. They had a great Six Nations earlier this year and were outstanding against France. They’ll bring a variety to that end.

"They’ve added a bit of structure to the unstructured nature of their game. We’ll have to be at our best, but we’ll be giving opportunities to other players who’ve been on the bench for a couple of weeks because they’ll need a run-out.

“Bedford are a great club. When I was coaching at Leeds, every time we went to Bedford the atmosphere was amazing. They play a brand of rugby that’s never compromised, ball in hand, great entertainment. The fixture itself, the way we’re trying to play and the way Italy play fits. Given the whole Bedford ethos and how they play, it’d be nice for us to try and keep that tradition.

“It’s a fantastic ground and we know Bedford will embrace hosting an international fixture like Exeter and Doncaster did. Their fans are so passionate and love their rugby. It’ll be a great experience for us and another chance to take the Red Roses around the country.”