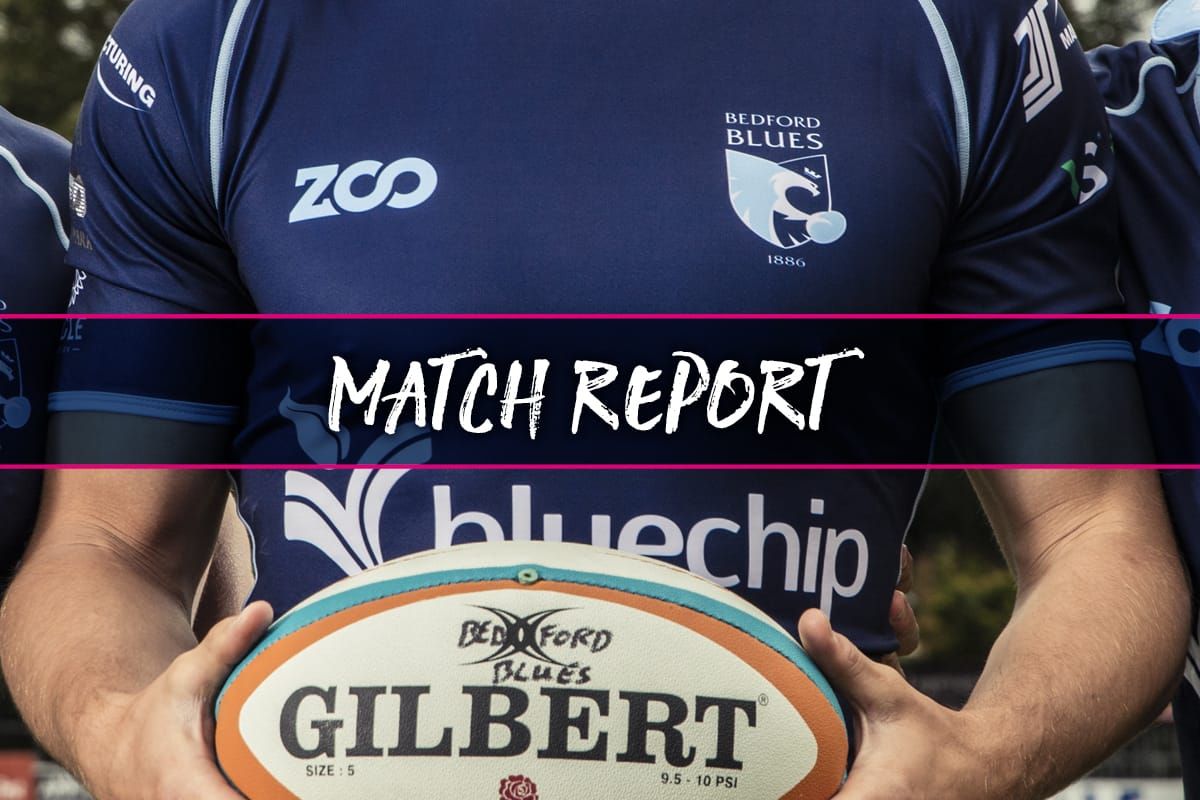 
Following the disappointment of England losing the Rugby World Cup final to South Africa, things didn’t get any better for Bedford Blues as they went down 22-18 at Doncaster Knights on Saturday afternoon.

Robbie Smith and Rich Lane crossed the whitewash for Bedford while Will Hooley added a conversion and two penalties, but it was missed kicks that ultimately missed kicks that cost the Blues dearly while Sam Olver thumped two over late on to seal victory for the Knights.

Bedford got off to the worst possible start and found themselves a try down in the first minute of the game. Kyle Evans made a break for the Knights before finding Lloyd Hayes who darted over for the score which Sam Olver converted.

The Blues had the chance to fire back with a penalty moments later but Will Hooley’s effort struck the upright to let the hosts off the hook. But Bedford continued to push winning a succession of penalties which were sent to the corner and in the 10th minute, Robbie Smith was at the back of the lineout maul to dot down although the extras went missing.

The autumnal weather was certainly playing it’s part with both teams adopting a kicking game which resulted in Bedford earning a scrum on Doncaster’s 22. The ball was secured and the backs ran but a dropped pass brought a promising move to an end.

The hosts pounced on the resulting opportunity and a crossfield kick aimed at Curtis Wilson almost came to fruition but there was a little too much on it. A penalty advantage was in the bag so Doncaster went to touch but they couldn’t build and Bedford were able to clear before pinching the lineout that followed.

Bedford continued to be in the ascendancy and a penalty presented itself soon after but Will Hooley’s effort sailed wide again leaving the hosts with their noses still in front despite the Blues dominance across the pitch.

However, Doncaster sprung into life with less than ten minutes left in the half as fullback Cameron Cowell made a break over halfway before playing in Evans out wide on the right. The winger couldn’t collect though and kicked into the Bedford 22 but the Blues regrouped and stubbed out the danger.

Despite the Blues dominating proceedings, Doncaster managed to stretch their lead when Bedford coughed up a penalty which Olver converted just before the break although there was a chance for Bedford to pull points back before the interval but Lewis Robling’s penalty effort went wide.

Doncaster came out firing after the bread with Ollie Stedman making good ground before the penalty went the Knights way and Olver converted to make it 13-5.

But Bedford didn’t let their heads drop and within five minutes they were back in the game as Rich Lane collected a box kick, danced around the Doncaster defence and scored with Hooley converting to make it a one point game.

The score was the boost that Bedford needed as they started taking control of the game and Hooley made the most of it as his penalty put the Blues in front for the first time in the afternoon in the 52nd minute.

Both teams made use of their replacements with Doncaster tightening up and putting some good phases together which resulted in Josh Buggea being carded in the 60th minute. The Knights went to touch and although the initial attack didn’t go to plan, former Blue George Edgson collected to set up a promising attack which resulted in a penalty which Olver converted to give his side a one point lead once more.

The lead didn’t last long though as Hooley struck a fine penalty form the Doncaster ten metre line to inch the Blues ahead 16-18 with the game heading into the final ten minutes.

The hosts continued to pile on the pressure looking to peg the Blues back in their own 22. Hayes came close to breaking through with five minutes on the clock but the Bedford defence was on hand to cover but then a penalty went Doncaster’s way and Olver slotted it to restore the lead. The fly half then thumped another huge penalty over the uprights from halfway to make it 22-18 with a couple of minutes left on the clock but there was no way back for the Blues.