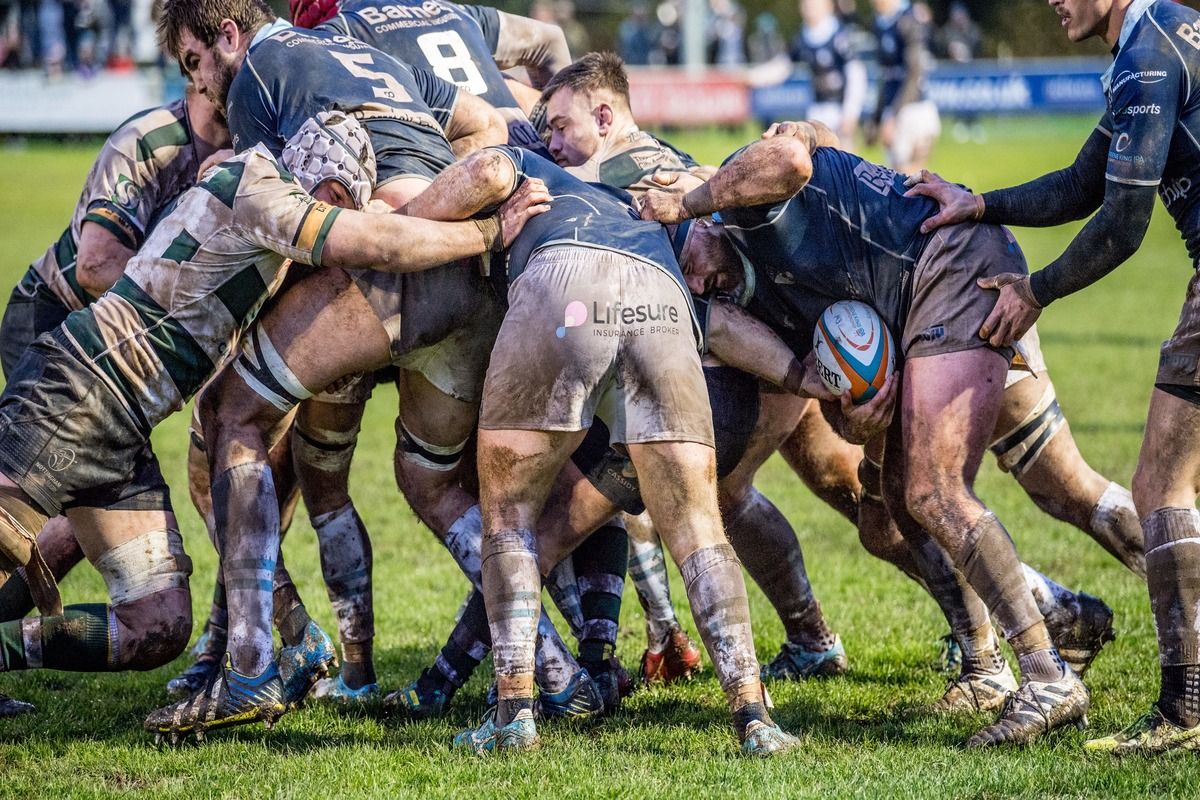 
Bedford Blues suffered a fifth defeat of the Championship season as they went down 29-14 to Nottingham at Lady Bay on Sunday afternoon. Despite battling back from 19-0 down to 19-14, the home side refused to be breached in the second half and added a penalty before being awarded a penalty try which wrapped up the bonus point.

More concerning for the Blues was a number of injuries in the backs which saw Will Hooley, Pat Tapley, Ali Crossdale and Dean Adamson all being forced off during the game.

The Blues got off to the worse possible start and found themselves trailing by seven within three minutes of the kick-off. A fine run from Jack Spittle opened up the pitch with Sean Scanlon finishing before Shane O’Leary converted.

Things didn’t get any easier for the Blues and they fell further behind in the ninth minute when Spittle was on the end of the move which resulted in a second Nottingham score but O’Leary’s conversion went wide of the mark.

Things were going from bad to worse for the Blues as they succumb to a huge amount of pressure from the Green and Whites which resulted in Fraser Strachan being guilty of slapping down the ball, being shown a yellow card and then the referee running under the posts.

At 19-0 down within the first quarter of the game, things were looking bad for the Blues but then they reminded Nottingham exactly what they are capable off when Bedford launched a strong lineout drive before Grayson Hart grubbered through for Ryan Hutler to score and Lewis Robling converted with Will Hooley having been injured.

The Blues certainly weren’t following the script and when they were restored to a full complement, they added a second try. The forwards put in a huge effort to attack the Nottingham line with a series of pick and go attacks before Oli Curry went over from close range for his first of the season and Robling converted once again.

Bedford were forced into two changes just before the interval when Dean Adamson came on for Pat Tapley who had taken a knock to the head and needed to be checked while James Lennon also came on for Ali Crossdale who’d picked up an injury but there were to be no more scores in the half.

The hosts looked to start the second half as they had the first but the Blue soaked up a lot of pressure before winning a penalty which was sent to touch. The hosts continued to push and only a fantastic tackle from Hutler stopped what looked a certain fourth try for Nottingham.

Both teams continued to cancel one another out until O’Leary converted a 65th minute penalty to inch the hosts ahead and leave the Blues trailing by eight.

Bedford continued to fight, but Nottingham turned the screw as the game wore on and a late penalty try from a scrum secured the bonus point and left the Blues wondering what might have been.

Many thanks to Rod Wetton for the images - check out more of his work HERE.