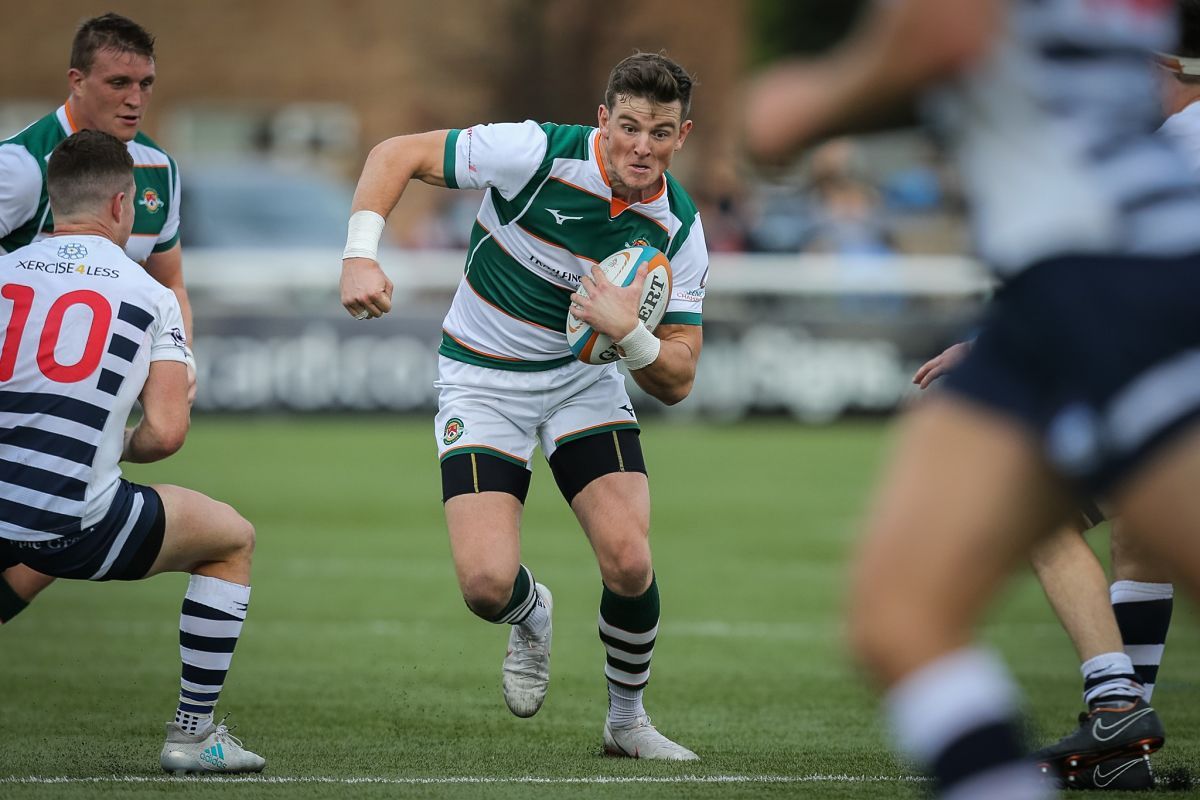 
Bedford Blues are delighted to announce the acquisition of Pete Lydon from Ealing Trailfinders on a loan deal until the end of the season.

The 27-year old – who can play at fly-half or full-back – arrives at Goldington Road with proven Championship experience having spent the past two and a half seasons with Ealing and before that, three years with London Scottish.

On joining the Blues, Lydon said: “Bedford have always played great rugby so when the opportunity arose to come up here, I jumped at it.

“I know quite a few of the boys who are here, from London Scottish or Ealing. Lewis Robling and Grayson Hart were the main two I spoke with and they only had good things to say about the club which made the decision easy.

“In the time I’ve been in the Championship, I think I’ve developed quite a lot so I’d like to think I can bring some of those qualities to Bedford. It’s always been a great place to play with fantastic support so I’m looking forward to getting back playing and in front of the Goldington Road fans.”

Born in the Hague, Netherlands, Irishman Lydon was brought up in Kilkenny where he first played club rugby.

From there, he played in the Irish league for Seaport where he caught the attention of Top 14 outfit Stade Francais.

Lydon mainly featured in the European Challenge Cup during his solitary season over the channel – making a total of seven appearances.

Since arriving in the Championship from 2014, Lydon has been one of the league’s most dependable performers in open play and from the kicking tee, winning the London Scottish’ Player of the Year award in 2015/16.

The playmaker turn finisher has finished each of the last two seasons as the league’s second highest points scorer, registering 858 points from just under 100 appearances.

Blues’ Director of Rugby, Mike Rayer, commented: “To be able to bring in someone of Pete’s calibre and experience at this stage of the season is great for us. We’ve experienced a lot of injuries in our back division throughout the course of the season, so it’ll be nice to have a bit of strength in depth in that area.

“We are of course extremely grateful to Ben Ward and Ealing Trailfinders for their assistance and support with this and look forward to seeing Pete in a Blues shirt in the near future.”

Lydon goes straight into contention for Friday’s fixture at his former club London Scottish (7:45pm kick-off). Buy tickets direct from our hosts here and support the #BluesFamily in their opening fixture of the new decade.

Thank you to AC Plc for sponsoring Lydon till the end of the season.