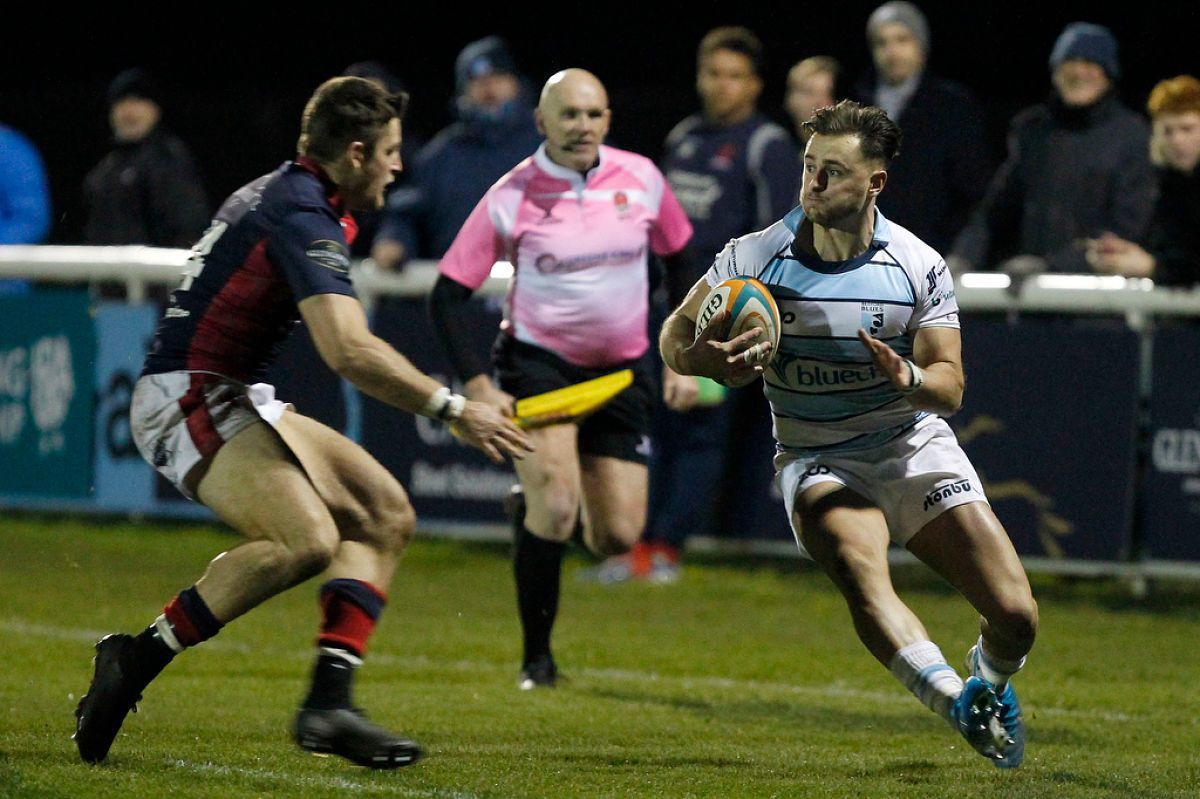 
Blues make winning start to 2020 with victory at London Scottish.

Bedford Blues made a winning start to 2020 and the new decade by securing their second victory of the Championship season with a battling 24-17 success over London Scottish at the Richmond Athletic Ground.

Despite trailing 14-0 early on, a herculean effort from Mike Rayer’s side saw them back level by half time through tries from Rich Lane and Ryan Hutler.

In the second 40 a Dean Adamson score plus points from the boot of Will Hooley gave Blues the deserved victory.

Rayer made five changes, Saracens dual registered scrum half Alex Day was one of those to come back in and he put in a man of the match display with a commanding performance.

Scottish tried to implement a tactic of using their formidable driving maul and it paid dividends early on as James Malcolm (five minutes) and Bobby Beattie (16 minutes) both saw scores converted in a fast start for the hosts.

Once Blues got to grips with the game, they came alive and enjoyed a lot of possession and territory with a superb defensive performance wrestling the game back into their control.

An opportunistic read from Lane saw them get their first points of the evening on 26 minutes as Scottish failed to transition the ball out wide leaving Lane to intercept and crash over. Hooley added the extras.

More pressure from the Blues made it a level game just before the interval as a well constructed move into Hutler’s channel allowed the right winger to break the gain line and sprint clear from 40 metres.

Both sides conceded penalties early into the second half which saw possession change hands on numerous occasions, debutant Peter Lydon - who signed earlier in the week on loan - had a shot at the posts on 54 minutes but the attempt from halfway was agonisingly short.

A scrappy game always needs a moment of inspiration to reignite the fire and Blues profited from some exceptional play from Adamson - who chipped and chased to crash over as Blues took the lead for the first time in the contest. Hooley’s conversion made it a seven point advantage.

A penalty in response from former Blues man - Harry Sheppard - set the nerves jangling inside the Richmond Athletic Ground but they were soon allayed as Hooley kicked another penalty and some heroic defending secured the victory.