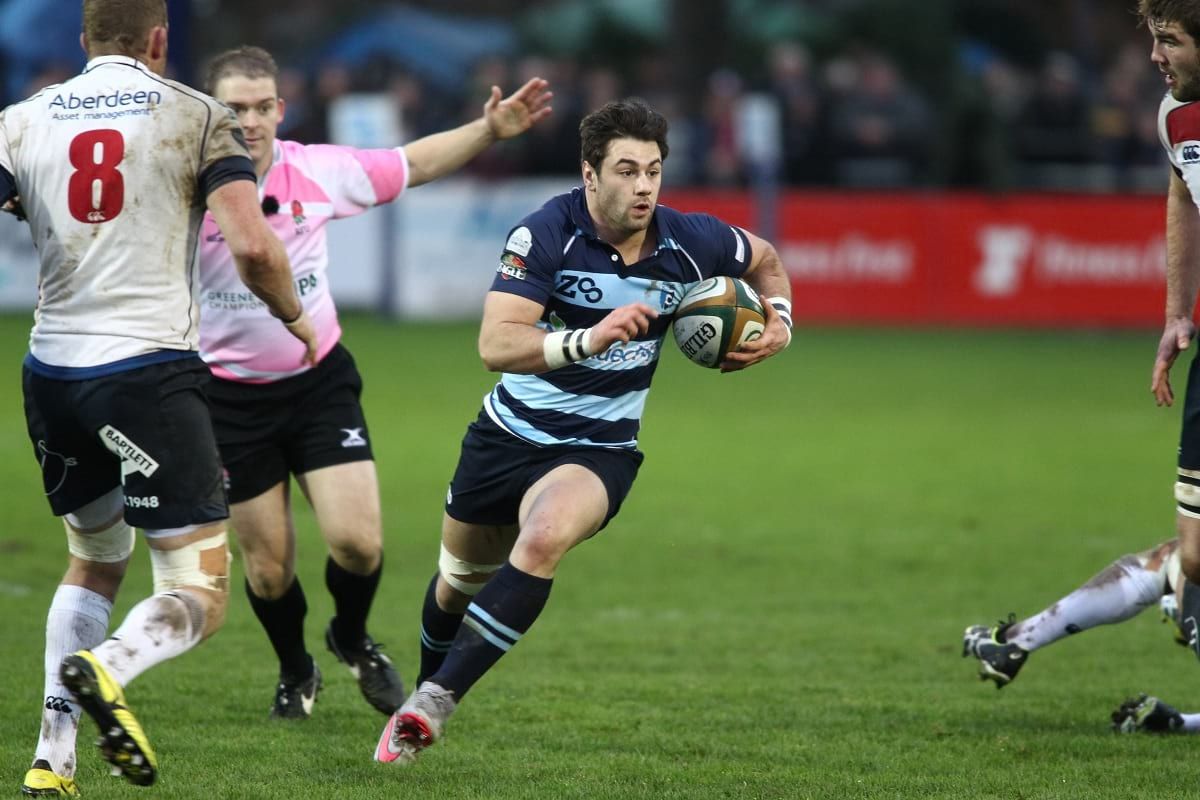 
There’s no better way to start a year than by securing a five-point victory and that’s exactly what Bedford Blues did in 2016 with a commanding 31-19 victory over London Scottish on New Year’s Day.

Last month we took a walk down memory lane by looking at three notable anniversaries in Blues’ illustrious history; now we’re carrying on our look into some of the most important Bedford matches of recent times by bringing you a full replay of the London Scottish game.

To be streamed in full on our Facebook page from 3pm this Saturday, reminisce about another fantastic afternoon at Goldington Road by joining us to watch Sky Sports’ coverage of the day, ably supported by the match day commentary from Johnnie Hammond and Dewi Morris.

The game itself brought a New Year’s party to remember for the Blues who continued their superb Championship form in 2015/16 by moving up to third in the table with a resounding victory; Blues would later contest the post-season play-off semi-finals in May but suffered defeat to Bristol over two legs.

London Scottish came to Goldington Road boasting the joint best defensive record after 12 fixtures – alongside Jersey – yet were blown away by a rampant Blues attack who had the bonus point wrapped up before half-time.

It was the most comprehensive half of rugby you’re ever likely to see as Blues bossed things from start to finish; they had 73% possession when the half-time whistle was blown, including a high of 81% inside the opening ten minutes.

Set pieces were critical towards Bedford controlling proceedings, it gave Blues the platform to build upon and they made it count by running in 26 unanswered points in the first 35 minutes.

Lineouts were a particular strength and they used it to full advantage on 14 minutes when opening the scoring. A superb kick through and chase from Jake Sharp gave Blues good field positon and a driving lineout saw Mike Howard go over for an unconverted try.

If it’s not broke, don’t fix it is an apt saying for the first half at Goldington Road as Blues insisted on using the lineout to their advantage; this time Howard’s fellow second row Mark Flanagan took the ball on from the drive and even sidestepped the covering inside centre Oliver Dodge on his way to the line.

Captain Nick Fenton-Wells was next to make his way over when he peeled away from the driving lineout, before the bonus point was swiftly wrapped up following clever ingenuity from Sharp who played the inside pass perfectly for Mike Le Bourgeois to sprint to the line.

An intercept try towards the end of the half gave Scottish some hope in what was their only real opportunity of note, Rory Hughes did well to read the situation as Sharp played a long ball out wide leaving him with a clear sprint to the line and make it 26-7 at half time.

Blues broke the gain line on 31 occasions in the first half and they picked up exactly where they left off after the restart, Fenton-Wells again broke off from a driving lineout after 47 minutes to extend the advantage and pretty much wrap up the game as a contest.

Surprisingly, that was the final time Bedford added to the scoreboard as Scottish began to form some sort of comeback; flanker Chris Walker reduced the deficit shortly afterwards when the visitors this time used the lineout to good effect.

Scottish concluded the game with their third try of the afternoon, this one slightly more contentious as Le Bourgeois was adjudged to have illegally prevented replacement scrum half Lee Millar from scoring and a penalty try was awarded.

It didn’t take the gloss of a dominating performance from the Blues, however, as they started 2016 on the perfect footing with a five-point victory.

Don’t forget to join us on Facebook Live this Saturday at 3pm to re-watch the game!

And don't forget you can now buy an online version of the matchday programme from the game! We've teamed up with MatchDayInfo to provide the opportunity to purchase for £1.99. It can be found through the MatchDayInfo app on Android here; or Apple here.