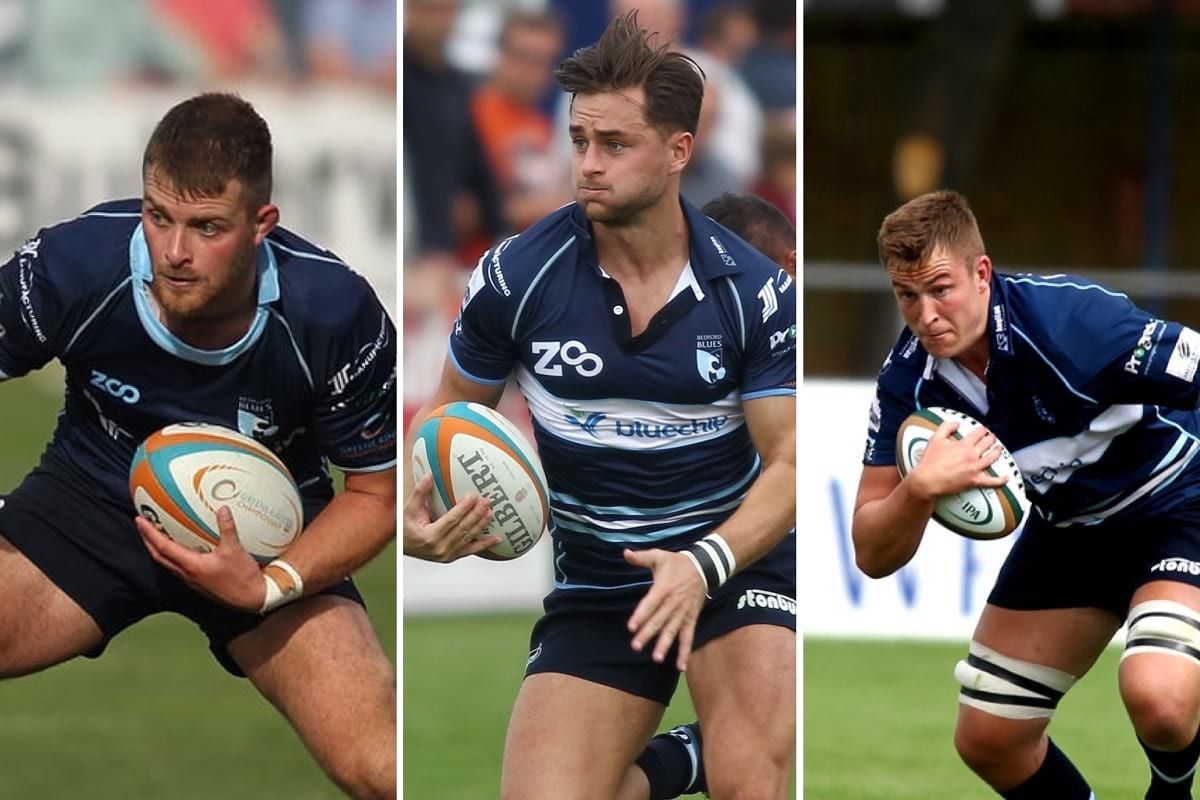 Local lad Adamson departs for an opportunity in France with Richard Hill’s Rouen in Pro D2 after six seasons service at Goldington Road, with a further two years in the Blues Academy prior.

The 27-year old, who graduated through the mini junior section at near neighbours Ampthill before joining the Blues Academy in 2012 and signing a professional contract in 2014, has since gone on to become one of Blues’ most clinical finishers. He leaves the club with statistics of 82 tries from 116 appearances.

One of his most prolific campaigns came in 2017/18 when Adamson notched 16 tries in the regular league season, helping the club finish third behind eventual champions Bristol and Ealing Trailfinders. He scored a further six tries as Blues reached the British & Irish Cup Semi-Finals that year.

Those performances saw Adamson named in The Rugby Paper’s ‘Team of the Season’, one of three Blues players included, and he duly backed that up with more post season recognition in the following campaign.

This season saw Adamson’s contributions blighted by injury, although he was still able to grab one of the more important tries of the campaign with the match winning effort against London Scottish in January, which spearheaded Blues’ 2020 resurgence.

Buggea also arrived at the club in preparation of the 2014/15 campaign and went on to represent the club on 129 occasions, scoring four tries.

In his second season, Buggea established himself in the Blues back row alongside captain Nick Fenton-Wells and Justin Blanchet. Adding a skillset to his game, along with resilience in defence and plenty of grit and determination around the park, he was rewarded by his fellow teammates who voted him the Player's Player of the Season for 2015/16.

The 26-year old helped the Blues reach the Championship Play-Off Semi-Finals that season, starting both legs of the tie against Bristol.

Taylor, also 26, moved to Bedford in 2016 and has racked up 81 appearances, including captaining the side on a handful of occasions and being a real leader amongst his teammates.

He joined the club having impressed as captain of Loughborough Students, continuing his rugby education having started as part of the Worcester Warriors Academy.

The versatile forward, able to play in the second row or back row, was also a key member of the 2017 cup campaign in his debut season and played a significant role in helping the squad reach third in the table in back-to-back campaigns in 2018 and 2019.

Director of Rugby, Mike Rayer, said: "All three players have added a huge amount to the club on and off the field. Thank you to Dean, Josh and Ed for all their hard work and effort having given a combined sixteen years’ service to the club.

"We wish them all the best for the future and hopefully seeing them back at Goldington Road soon."