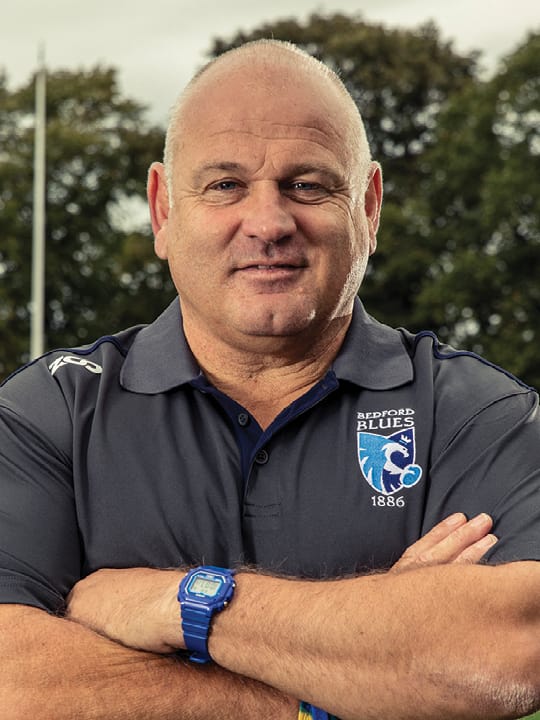 Mike Rayer began his rugby career at Llandaff North RFC before joining Cardiff RFC in 1984. Mike played 367 matches for Cardiff until he moved to Bedford Blues in 1996 where he played for two years before re-joining Cardiff.

Mike – who gained 21 international Caps for Wales and also played four times for the Barbarians - was instrumental in the setting up of the Cardiff Blues Academy on his return to the club in 1998. Mike turned to coaching and was involved with Cardiff U21s, Cardiff and the Academy sides as well as coaching the Barbarians.

In 2005 he returned to Bedford Blues as Director of Rugby leading them to the British and Irish Cup final in 2011 and the Championship final in 2013. Mike’s ongoing commitment to the Blues also saw him honoured with a testimonial year during the 2013-14 season.